The Annual Dinner and Awards night was held at the Seckford Golf Club | Terrace Restaurant on Saturday 18th October 2014. Again the Golf Club gave everyone a great evening. It was good to see so many players, non-players, family and friends. 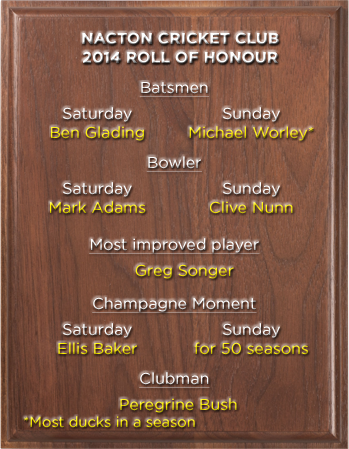 Peregrine Bush was given the Clubman of the Year award for his efforts relating to the website and social media development.