The Annual Dinner and Awards night was held at the Seckford Golf Club | Terrace Restaurant on Saturday 3rd October 2015. This was be our third year at this venue and like on previous evenings it was a great night. It was so good to see as many players, non-players, family and friends attending. 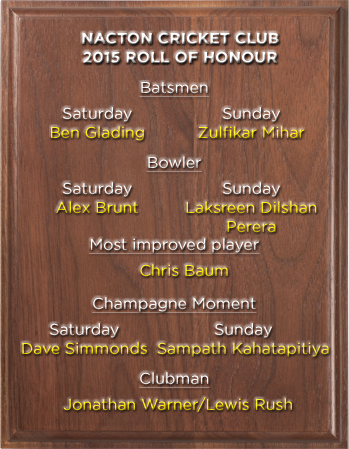