The Annual Dinner and Awards night was held at the Waldringfield Golf Club on Saturday 1st October 2016. This was a new venue after three years at Seckford Hall Goft Club. It was brilliant to see as many players, non-players, family and friends attending. A three course meal was arranged for the bargain price of £20 per head and enjoyed by all. The post dinner speeches were made by Ellis Baker, Alex Brunt and Lewis Rush. 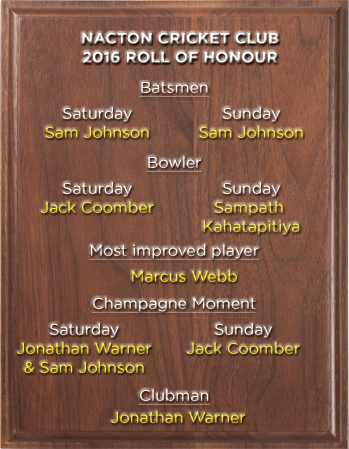